DownThemAll is a plugin or Add-ons for Mozilla Firefox or an extension for Chromium and its derivative such as Google Chrome, Maxthon for Linux, Iron Browser and many more.

DownThemAll is intended to replace IDM the Internet Download Manager program for Linux. With DownThemAll you will have the main features of IDM in many operating system platform start from Linux, Windows and Mac.

How to Install DownThemAll in Linux

To install DownThemAll in linux depend on your internet browser. Visit DownThemAll website and it will automatically select plugin for your browser. Another install option from Mozilla Adds-on here.

Once you have installed the DownThemAll you can start using it by right clicking the URL of download the select Start saving Link with d’Ta OneClick! 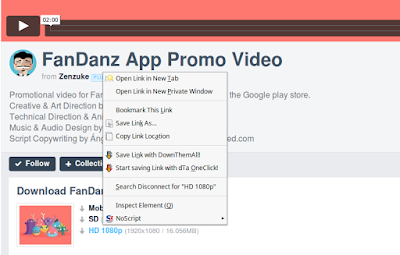 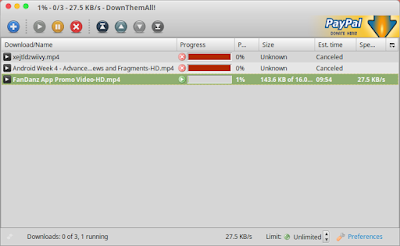 DownThemAll is most lightweight GUI for Internet Download Manager software in Linux, it combine simplicity and the power of download.

It becomes lightweight because it is not stand alone program but it is a plugin, add-ons, or extension for your browser. Enjoy the IDM for Linux using DownThemAll for free open source.